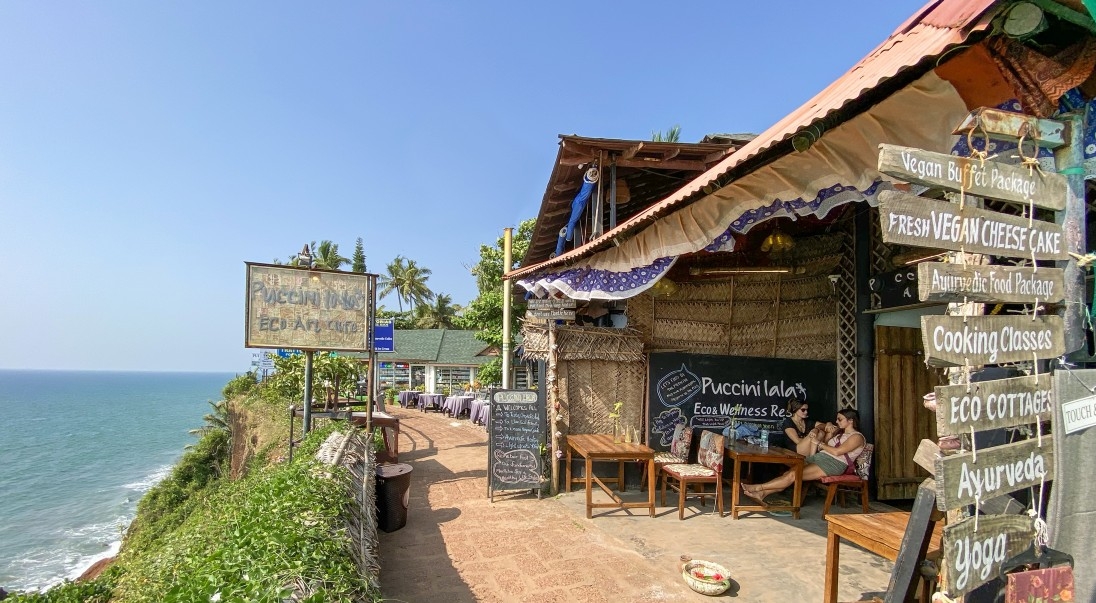 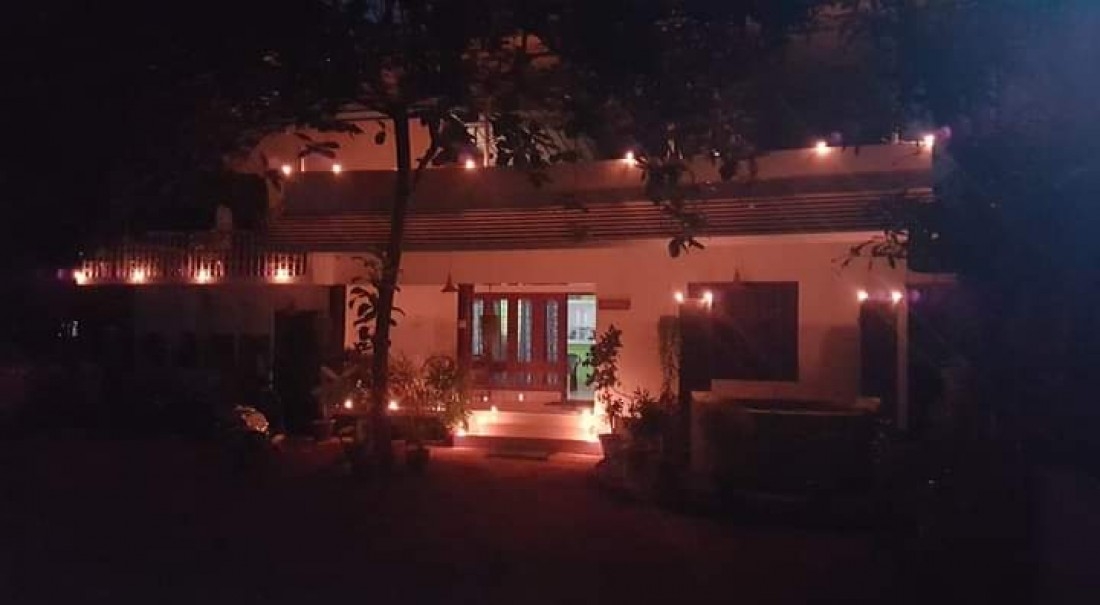 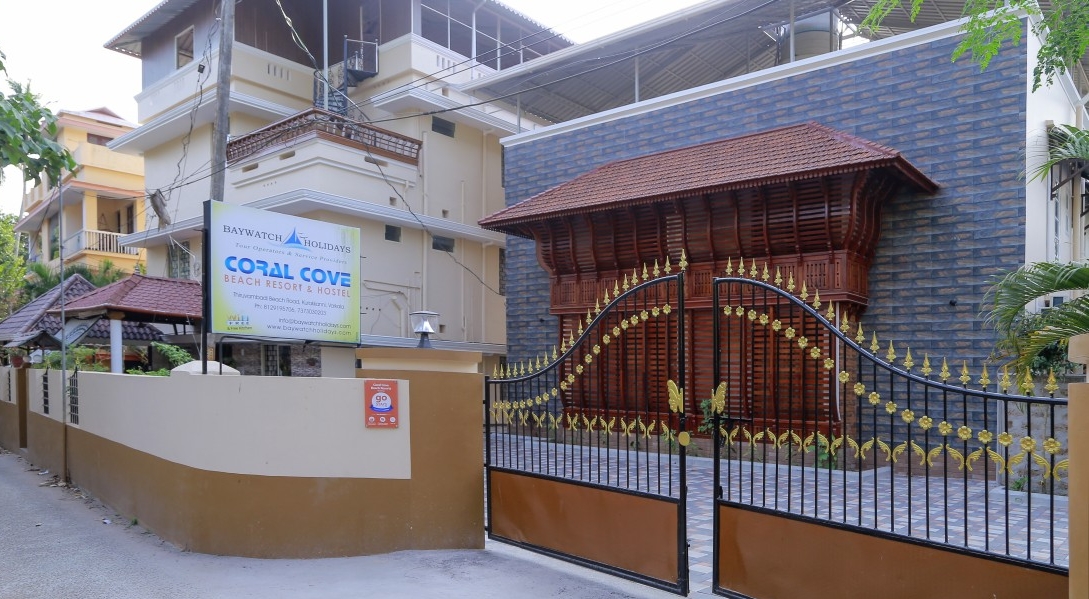 Varkala (The Pearl of Arabian Sea), located 36kms north of Trivandrum, is a haven for nature enthusiasts who wishes to experience a peaceful as well as an adventurous encounter with Mother Nature.The main attractions of this space includes the Varkala beach on the cliff side infamous for it’s natural mineral water springs with medicinal value, a 2000 year old Janardhanaswamy Temple along with the Sivagiri Mutt established by Sree Narayana Guru and awe-inspiring views of the Arabian Sea at Kappil beach. Anjengo fort, one of the most important historical sites for being the first British Settlement in India, Varkala aquarium between Black beach and Odayam beach and the Kilimanoor Palace famous for it’s artistic value are notable stops for a wanderer in Varkala. 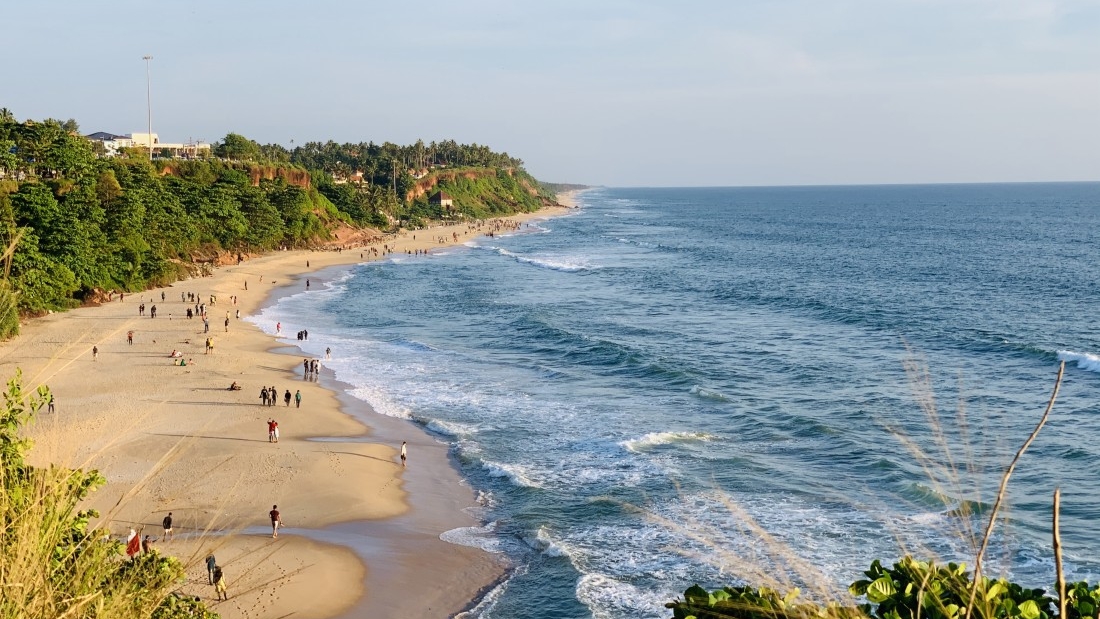 
The local culture can be explored at the Varkala Culture Center, while the Varkala streets offer amazing shopping experience. A hub for migrating birds and exotic species of waterbirds, Ponnumthuruth Island with its pristine turquoise waters of Akathumuri lake along with a 100 year old Shiva-Parvati temple is another mentionable attraction of Varkala. Water sports and air sports like jet skiing, paragliding, surfing, banana boat rides are equally enjoyed by locals and foreigners. Cafe Del Mar famous for it’s romantic setups and filter coffee, and God’s Own Country Kitchen for it’s Indian-International cuisines are also deserving spots in an itinerary.
Resorts in Varkala offers premium rooms and first class services while also including Ayurvedic treatment in their resume. The resorts in Varkala extends beach views and cliff top views. The potential of Resorts in Varkala ranges from two star facilities to five star facilities. Independent cottages are available with every modern facilities provided. Backpackers can find the hotels in Varkala highly suitable with options such as shared rooms. Homestays in Varkala can make one feel to have a found a second home in the midst of nature. Mud cottages and Yoga retreats also deserve a special mention while discussing Varkala tourist homes. Every category of people are welcome to stay in the homestays in Varkala including families, couples, friends. Adventurous travellers can opt for resorts and homestays in Varkala that extend, furnish and afford private beach with water sport activities, yoga training and yoga sheds. 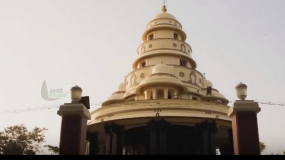 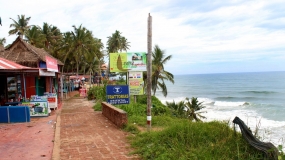